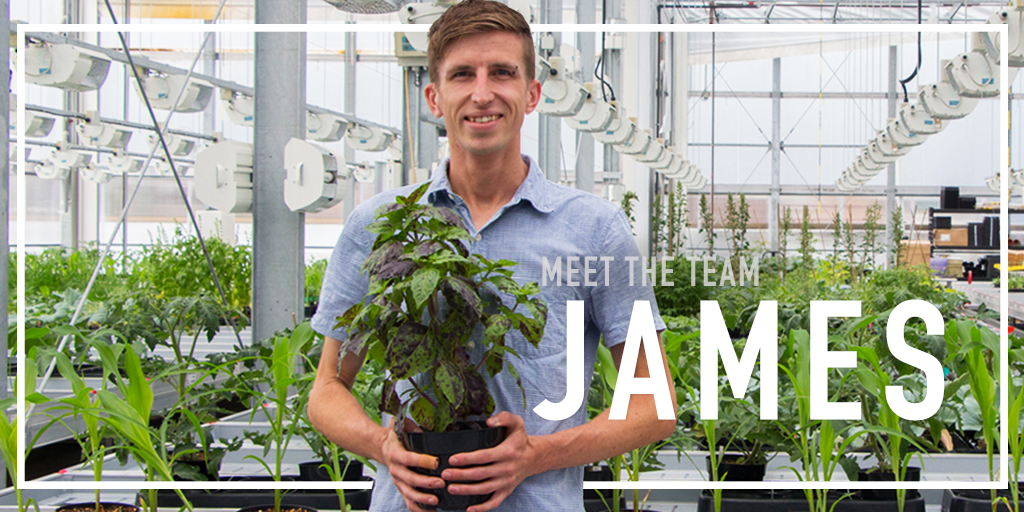 Meet James Highfield- hiking buff, British expat, weekend mechanic, and Greenhouse Technician at Terramera! James cares for the plants in our automated rooftop greenhouse to ensure they are healthy and in optimal condition for experimentation. This takes many forms, from creating a custom irrigation system for a single experiment, to using his mechanical skills to enhance the plant table system.

"I’ve looked after both the smallest organisms and some of the biggest!”

He actually planned to become a doctor and went to university for biomedical science, but says he was destined for the plant life, “I was obsessed with horticulture even as a kid. Instead of cartoons, I’d watch gardening shows!” After university, he moved to New Zealand and found a supervisor position in a nursery with one of the largest catalogs of plants in the southern hemisphere. “I went from working with viruses and mycobacterium, to growing giant sequoia. So, I’ve looked after both the smallest organisms and some of the biggest!” The role perfectly combined his education with his love for horticulture.

James was then drawn to Vancouver because of the city’s focus on clean technology and the green economy. “I wanted to find something more challenging and meaningful than just growing flowers,” he explains. He has been with Terramera for just over three months, helping to provide a high throughput testing environment for our scientists and engineers to gather large amounts of data on any compound of interest. “I can’t believe how ambitious Terramera is!” he says. “It’s a great place to be if you want to innovate.”