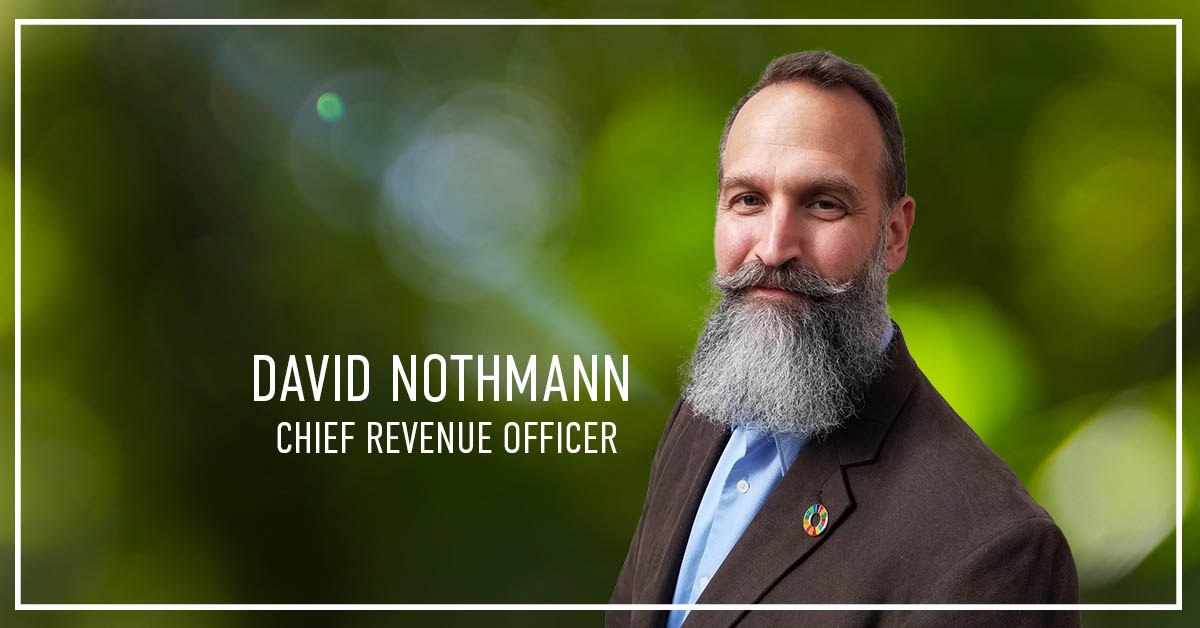 Nothmann to monetize Terramera’s rapidly growing technology base and over 240 patents, fortifying the commercial team as the company scales to global influence‍

VANCOUVER, BC – August 11, 2020 - Terramera, the global agtech leader transforming how food is grown and the economics of agriculture, today announced that David Nothmann, former Vice President of Marketing at global agricultural input provider, Valent LLC, has joined the company as Chief Revenue Officer. Nothmann is a visionary strategist with more than 20 years of executive-level B2B and B2C experience in agriculture and food production industries.

“We have the technology to solve some of the world's biggest problems and are doubling down on the licensing, partnership and commercialization opportunities that will allow us to make the biggest global impact,” said Karn Manhas, Terramera’s founder and CEO. “In addition to his outstanding record generating revenues in agribusiness, David is most passionate about his ability to build high-performing teams and be a positive force in the lives of people around him. That’s a great fit with our business model, where people are the real drivers of success.”

“I am excited to be part of a team that is passionate about its purpose and monetizing Terramera’s novel technology for positive global impact,” said Nothmann. “With its unique innovation, commitment to customers and focus on its people, Terramera is well-positioned for tremendous growth.”

Nothmann started his career at Monsanto in corporate strategy, mergers and acquisitions, licensing and product management roles. Following two years at ArborGen as Vice President of Business and Product Development, he served as Vice-President of Battelle Memorial Institute’s Agribusiness group where he doubled revenue in three years, leading a highly technical team that conducted formulation work and regulatory studies for clients working towards product commercialization.  At Valent, he oversaw the launch of more than 20 branded and private label products in three years and tripled revenue growth for the seed protection and soil enhancement business.

Nothmann holds an MBA and European Management Certificate from New York University and a bachelor's degree from Tufts University. He served on the Board of Directors of Agriculture Future of America and was a founding member of the Fulbright Academy of Science & Technology. A Fulbright Scholar, David has studied, worked and lived in many European and South American countries, as well as Canada, Mexico and Japan.

Terramera is a global agtech leader fusing science, nature and artificial intelligence to transform how food is grown and the economics of agriculture in the next decade. With its revolutionary Actigate™ technology platform, which was recognized by Fast Company as a 2020 World Changing Idea, Terramera is committed to reducing the global synthetic pesticide load 80% by 2030 to protect plant and human health and ensure an earth that thrives and provides for everyone. The privately-held, venture-backed company was founded in 2010 and has grown to include a world-class bench of engineers, scientists, advisors and investors. Terramera is headquartered in Vancouver, British Columbia, with integrated operations in Canada, the US and India that include research labs, a greenhouse and farm, and more than 240 patents in its global IP portfolio. For more information, please visit terramera.com