How 'Agricultural Intelligence' is using tech to fight climate change 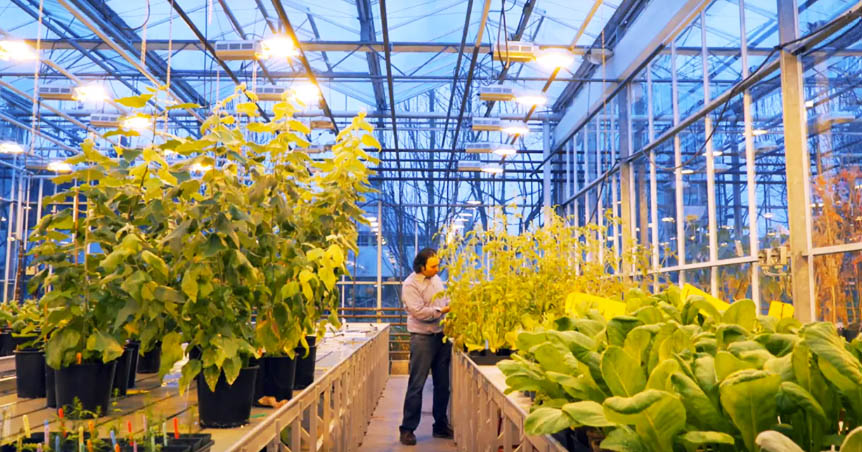 Wildfires across North America, Europe and Australia. Animal species dying out at unprecedented rates. Extreme weather events. Rising sea levels. Climate change, long an invisible menace, exacted a very real toll in 2018. But beneath the surface lies another, widely overlooked link between these calamities: the way we grow our food.

Agriculture traditionally gets a pass—the planet has an expanding population, and we all need to eat. But a growing battery of findings suggests the way we grow our food is not sustainable over the long run and is a significant contributor to environmental change. Our current food system uses 34 percent of the land and 69 percent of all freshwater, and it produces almost a quarter of global greenhouse gases. Runoff from farms is the leading cause of freshwater pollution. And agriculture is one of the most significant cause of deforestation, which released 4 billion metric tons of carbon dioxide into the atmosphere in 2017.

But is there any real alternative? With global populations expected to surge to 9.8 billion by 2050,modern conventional agriculture with a more-is-better attitude—more fertilizer, more seeds, more pesticides—has long been posited as our best course of action. But when the very system that sustains us has also edged us to the brink of disaster, a reckoning may be in order. What's needed isn't a return to traditional ways or a rejection of science. Exactly the opposite. It's time for agriculture to actually embrace technology and the precision it affords.

A Shift in Agricultural Logic

Our current approach to agriculture can be imprecise at best and scattershot at worst. It's effective—but only if you look at isolated variables, like yield, over the short-term. To compete, farmers have little choice but to employ"spray-and-pray" techniques, blanketing their crops with syntheticchemicals, in the hope of increasing output. My family comes from the Punjab region of India, which is agriculturally rich, but also has some of the highest rates of cancer in the country. The indiscriminate use of synthetic chemicals in farming is not only killing the environment—it's killing us, too.

Modern agriculture is unsustainable because it largely overlooks the interconnected system that supports it. Industrialized food production has been designed in a linear fashion. Our obsession with output at all costs compromises the very inputs—air, water and soil—that make farming possible. What's needed,instead, is to embrace a circular, restorative and regenerative system. This isn't about laying blame. I spend my life working with farmers who care deeply about the land but are nonetheless limited by the tools at their disposal and the conventions of their industry.

Instead, it's time to embrace the potential of agricultural intelligence. The very same computing power that enables autonomous vehicles, speech recognition and globally connected services—technologies that harness and draw connections between vast amounts of data—is reinventing the way we grow food. At root, agricultural intelligence is about delivering exactly what a crop needs, exactly when it's needed.

Glimpsing the Future of Farming

Already, we're seeing a surge of startups developing technologies built expressly to gather agricultural data, sometimes at the level of individual fields. These tools enable farmers to respond to micro-conditions in perpetual flux and fine-tune how they deploy water, pesticides and fertilizers. Services like FarmShots and Vine View use drones to take high-resolution thermal images of crops to measure hydration, health and potential diseases. Drones are also being used for 3D mapping, seeding and fertilizing—all at a rate that far outperforms the speed or efficiency of any human.

Other innovations drill down to the level of the individual plant. The complex ag-bots from Blue River Technology (recently acquired by John Deere) use cameras, computers and artificial intelligence to monitor crops, detecting weeds and administering herbicide on a "see-and-spray" basis, in turn reducing herbicide use by up to 90 percent. Smartphone apps like Plantix compare a photo of a plant against a database of diseases and nutritional deficiencies, and then suggest a plan of action. Companies like Prospera expand on this concept, up to the level of whole-farm monitoring and management.

More exciting still is innovation at the molecular level. This isn't a matter of outsmarting nature; it's about understanding nature, so we can work with it.Machine learning is unlocking the intricacies of plant chemistry, paving the way for tailored treatments that reduce the need for pesticides and fertilizers. Soil samples are being tested by companies like Trace Genomics to identify pathogens and monitor fertility at a DNA level. My own company, Terramera, explores how natural materials can be paired with both organic and and conventional agricultural inputs to improve uptake at the molecular level in order to reduce the use of synthetic chemical materials, optimize plant health and increase crop yield. We want to help farmers be more efficient and do more with less.

I started Terramera because I don't want us to consume our way to extinction. We all need to eat—that's a first priority. But for those who love this planet and the people on it, it's critical to think not just for our generation, but for a thousand generations. That means we need to do things differently.

Admittedly, a global change in established agricultural systems won't happen overnight. But,in the face of climate change and mounting environmental damage, neither staying the course nor putting hopes in "back-to-the-land" approaches that reject technology is viable. What's needed instead is a willingness to focus on incremental change, balancing economic viability in the near term with an ambitious vision in the long term. Part of this is leveraging all the tools and partners at our disposal, from sustenance farmers to agricultural giants like Cargill and Bayer/Monsanto. At times of crisis, there's little point picking sides. We're in this together.

Agricultural intelligence can revolutionize how we grow our food, minimize resource use,optimize natural inputs and even regenerate land scorched by years of overuse. The aspiration is lofty, but not beyond reach: to give back some of what we've taken from the planet, while feeding ourselves in the process. 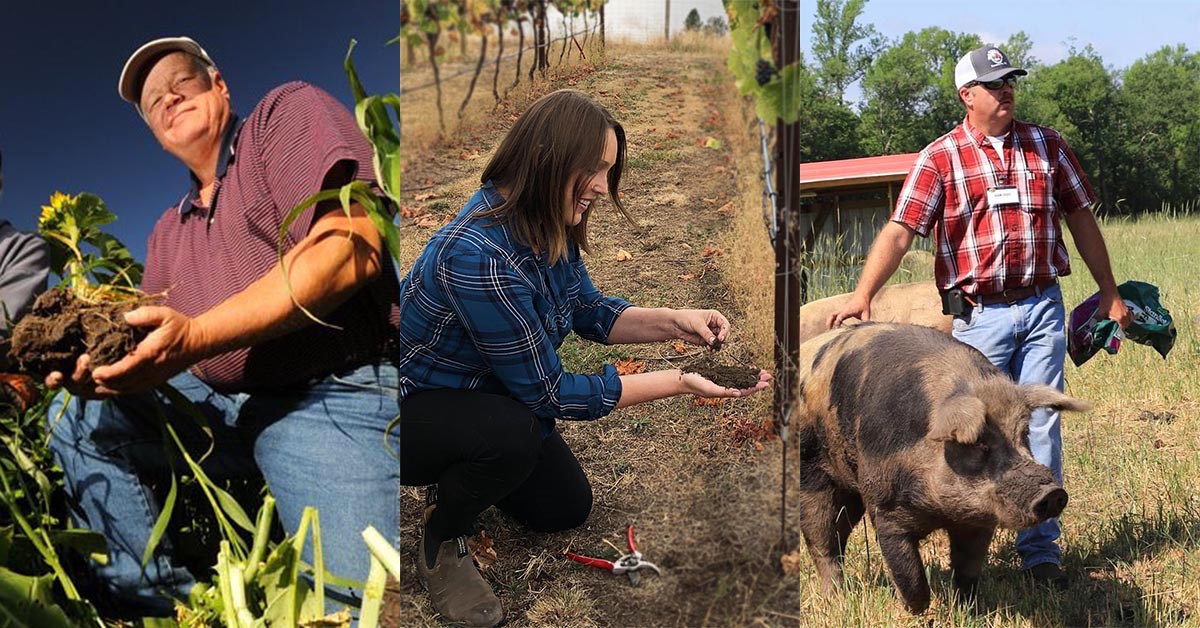 Regenerative agriculture: The proof is in the soil 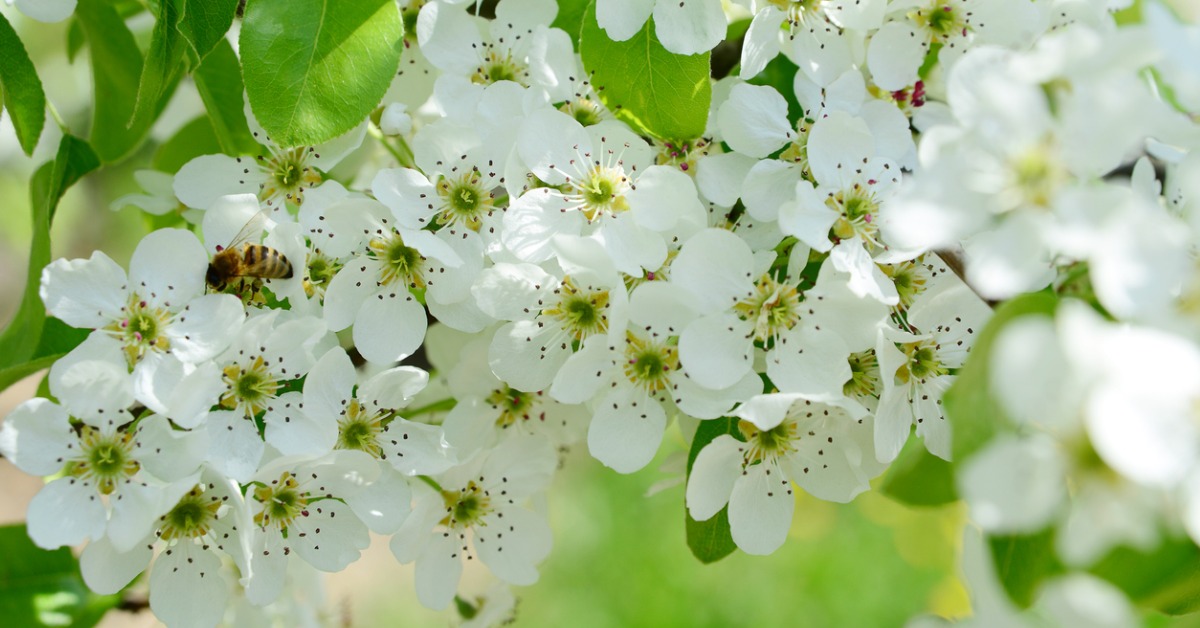