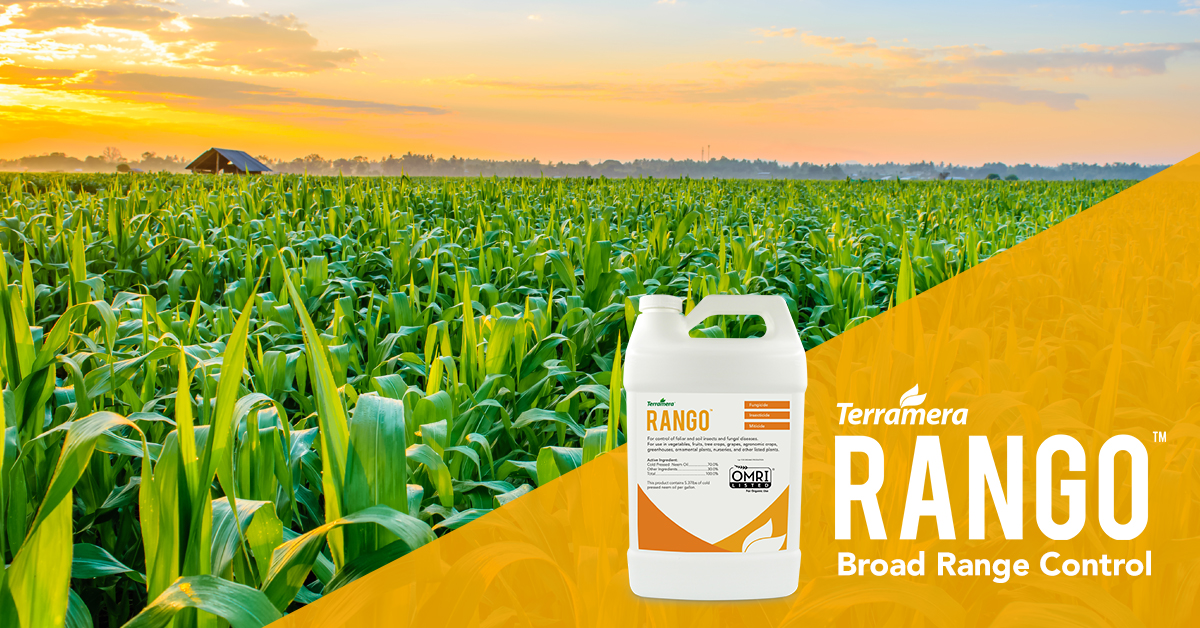 “RANGO™ is our next generation, high performance plant-based product providing triple-protection against insects, fungal diseases and mites. This new product enables farmers to integrate a natural alternative, without having to change their farming or spraying practices. RANGO™ can be used on its own for superior control, or in rotation, expanding the use of plant-based products for both organic and conventional agriculture,” said Karn Manhas, Terramera Founder and CEO.

RANGO™ is OMRI Listed for use in organic agriculture, can be used as an effective tool for conventional farming, and is essential for any Integrated Pest Management (IPM) program.

The newest product in the expanding Terramera portfolio, RANGO™ has a unique mode of action, superior emulsion and stability properties, a zero-day pre-harvest interval and 4-hour re-entry, protecting against and treating a wide variety of insects, including aphids, mites, thrips, worms, whiteflies, and fungal diseases such as botrytis, fusarium and powdery mildew.

For more information on how to purchase RANGO™: www.terrameraagriculture.com

Terramera is a global leader in Technology for Clean Food with a mission to increase global yields while decreasing synthetic chemical loads, so we can grow affordable, clean food for everyone. We are committed to cultivating safe, healthy homes and environments, and developing highly effective natural products for consumers and farmers. Terramera uses technology to unlock the power in nature, so we can live healthier, make clean food affordable and feed the world.

RANGO™ controls target pests on contact or by ingestion. The modes of action on insects are repellence, anti-feedance and interference with molting. Diseases are controlled by inhibition of mycelial growth.

RANGO™ is exempted from tolerance requirements and may be applied to the following food and non-food crop groups up to and including the day of harvest.

Crop Group 9 – Cucurbit Crops such as:

Crop Group 6 – Legume Crops such as:

Crop Group 18 – Forage Crops such as:

Mealy Bugs such as:

True Plant Bugs such as: